HEMOCHROMATOSIS, THE LEADING CAUSE OF IRON OVERLOAD DISEASE.

Know the tests that can determine if you or a loved one has Hemochromatosis.

Iron reduction can be achieved with blood donation, phlebotomy, and in some cases iron chelation therapy. 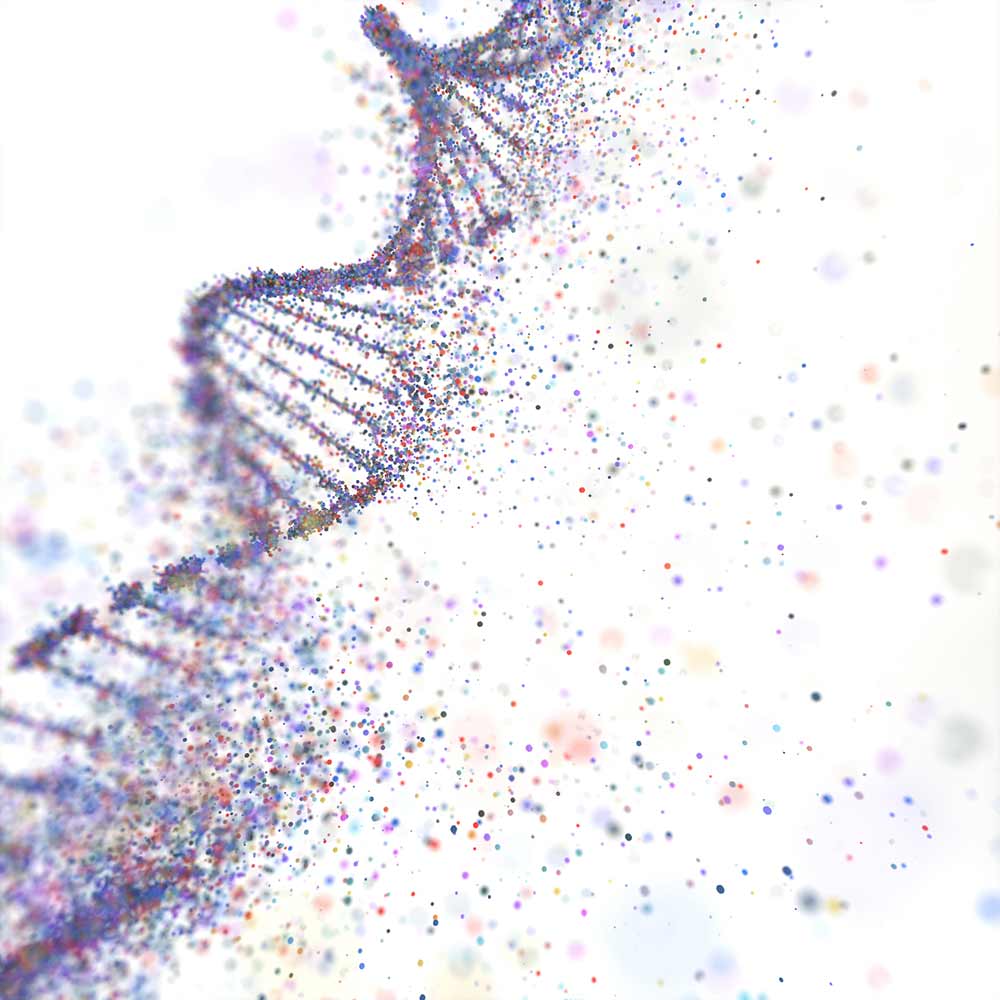 Hemochromatosis is an iron disorder in which the body simply loads too much iron. This action is genetic and the excess iron, if left untreated, can damage joints, organs, and eventually be fatal.

There are several types of hemochromatosis. Type 1, also called Classic Hemochromatosis (HHC), is a leading cause of iron overload disease. People with HHC (too much iron) absorb extra amounts of iron from the daily diet. The human body cannot rid itself of extra iron. Over time, these excesses build up in major organs such as the heart, liver, pancreas, joints, and pituitary. If the extra iron is not removed, these organs can become diseased. Untreated hemochromatosis can be fatal.

WHAT ARE THE TESTS

NEED TO LOOK AT YOUR NUMBERS?

view some of our

And see how Hemochromatosis affected them and their loved ones.

THE MEDICAL COMMUNITY & FAMILIES ACROSS THE GLOBE

Our educational materials have helped to save thousands of lives and help families gain more knowledge about Hemochromatosis.

Do you have a patient with Hemochromatosis and need to better understand diagnosis and treatment? Download our Physician-Reviewed reference chart below to learn more. 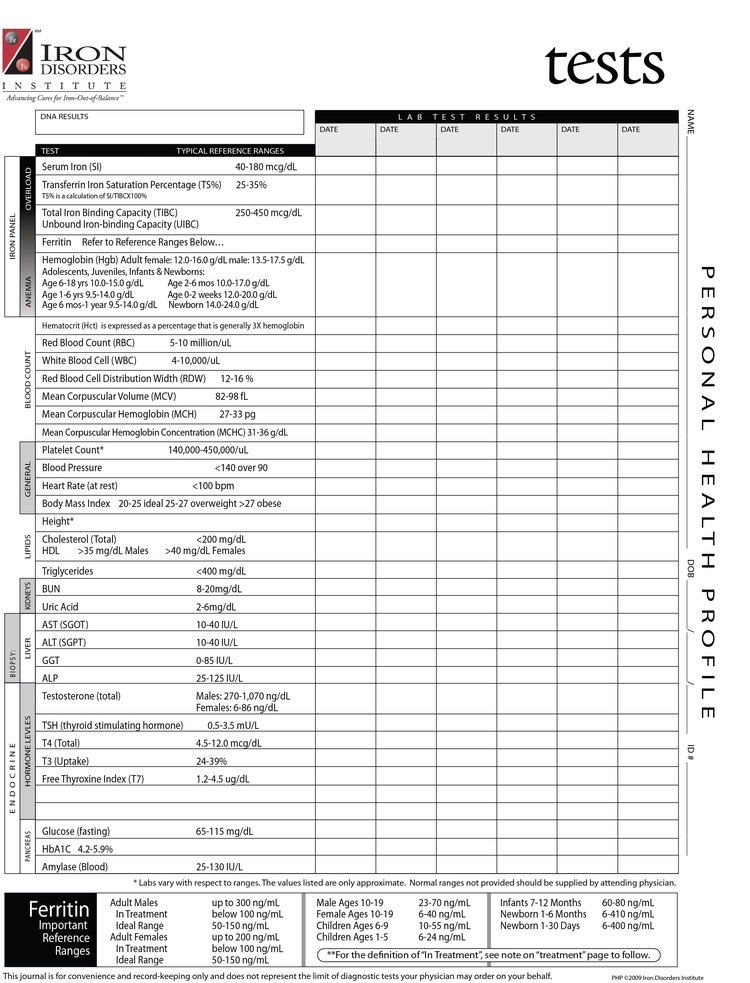 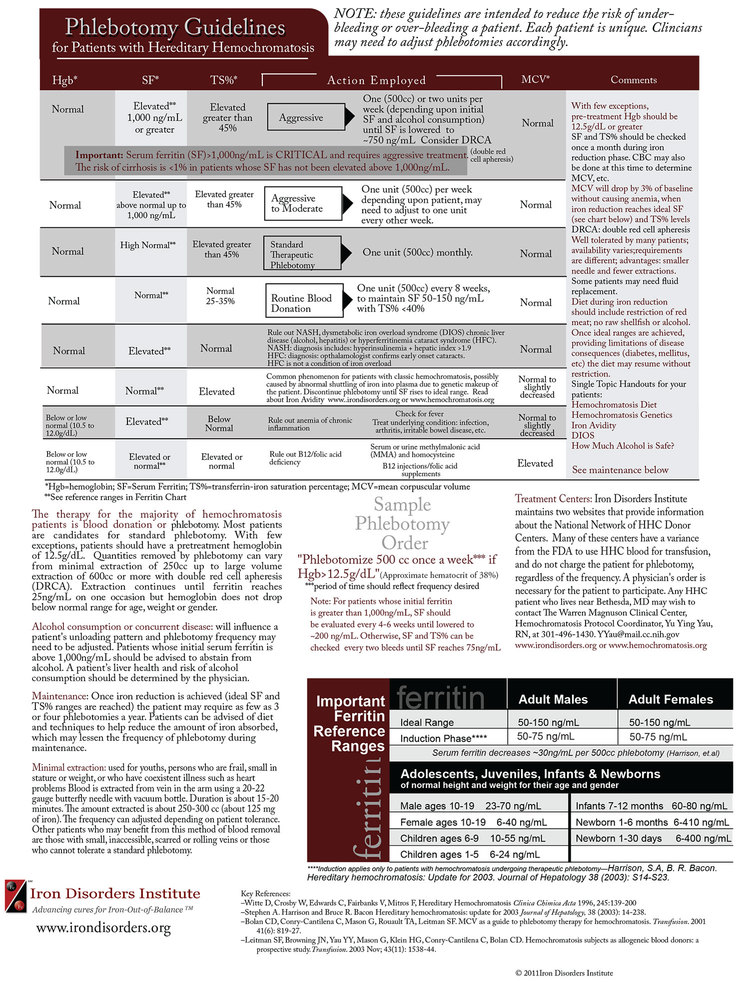 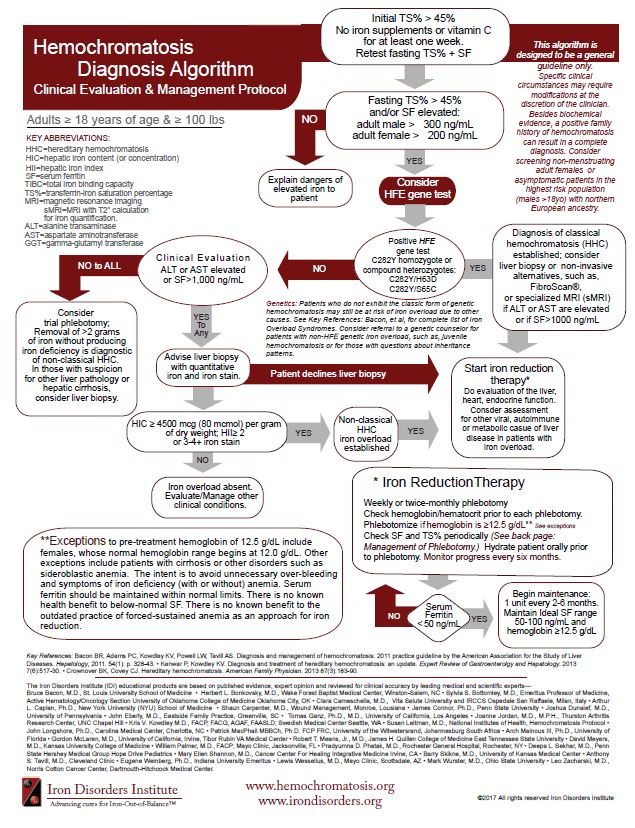 IDI uses a confirmed opt-in subscription process to guarantee that you want to subscribe. Check your email for additional steps needed to respond to the confirmation notice and how to post messages. You will not be able to post messages to the List until you have completed these steps.

Hemochromatosis.org is a digital education and awareness effort provided